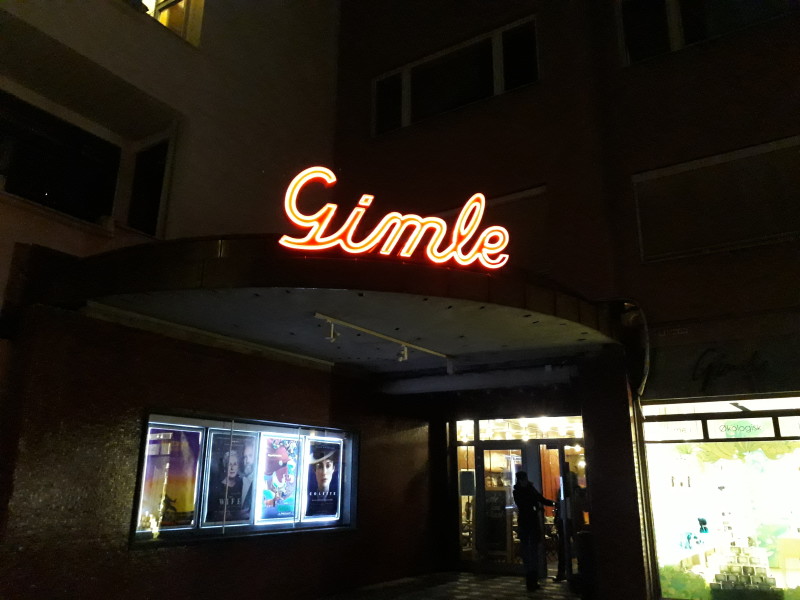 Gimle kino is a small cinema with a long tradition in Norway's capital Oslo. It is situated at Bygdøy allé 39 in a part of town called Frogner. The name of the cinema derives from the neighbourhood which is also called Gimle.

The cinema opened on 23 August 1939 and has since been known as a cinema for artistic films and high quality movies. It was modernized in 1962 and renovated again in 1997. Gimle kino has only one auditorium with 260 seats and a bar in the lounge selling wine and beer – something that is rather unusual with cinemas in Norway, due to strict alcohol policies.