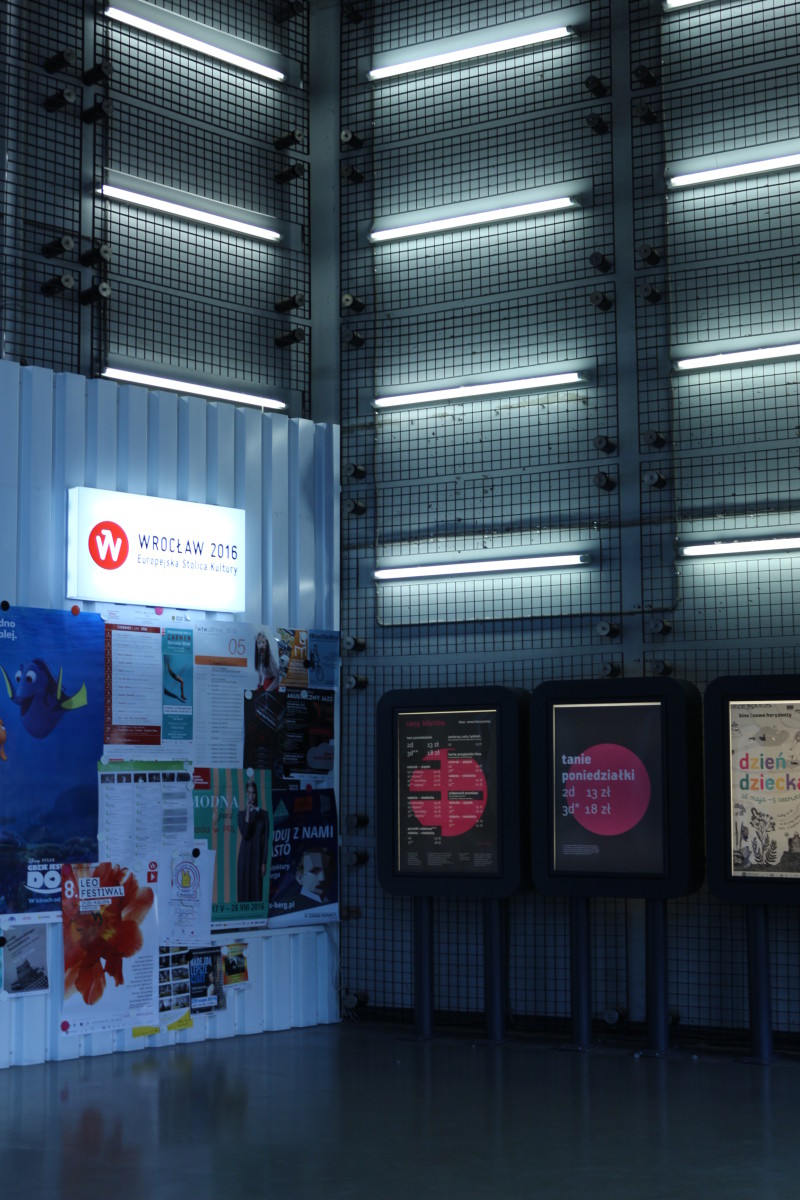 Kino Nowe Horyzonty, located in the heart of the Polish city of Wrocław, calls itself Poland’s Largest Art House Cinema.

Situated in a new building together, the cinema shows arthouse, auteur and independent cinema in not less than nine screens. The New Horizons Association (Stowarzyszenie Nowe Horyzonty), headed by its founder Roman Gutek, runs the theater and controls the programming. Besides that, the cinema offers various film education projects, screens broadcasts from events of the Metropolitan Opera, and organizes cinematic reviews, and programmes for children and senior citizens. Additionally, also exhibitions and concerts take place in the cinema. Situated in the entrance hall, visitor will also find a bistro and café, a poster gallery, and a bookstore with film literature and DVDs.

Kino Nowe Horyzonty is well known for its international film festival, also called Nowe Horyzonty (New Horizons Film Festival), that takes place every year around June/July. Today, Nowe Horyzonty is the largest film festival in Poland. It started in Sanok in 2001, was hosted in Cieszyn between 2002 and 2005, and found its home in Wrocław in 2006. It aims to present avant-garde and imdependent cinema. Roman Gutek is its founder as well as director. The festival is organized by Gutek Film company and the non-profit New Horizons Association. It is a member of FIAPF (Fédération Internationale des Associations de Producteurs de Films) and is supported by the Media Plus programme of the European Union.

Read more on the idea behind the New Horizons cinema as Roman Gutek explains it: http://www.kinonh.pl/artykul.do?id=1519