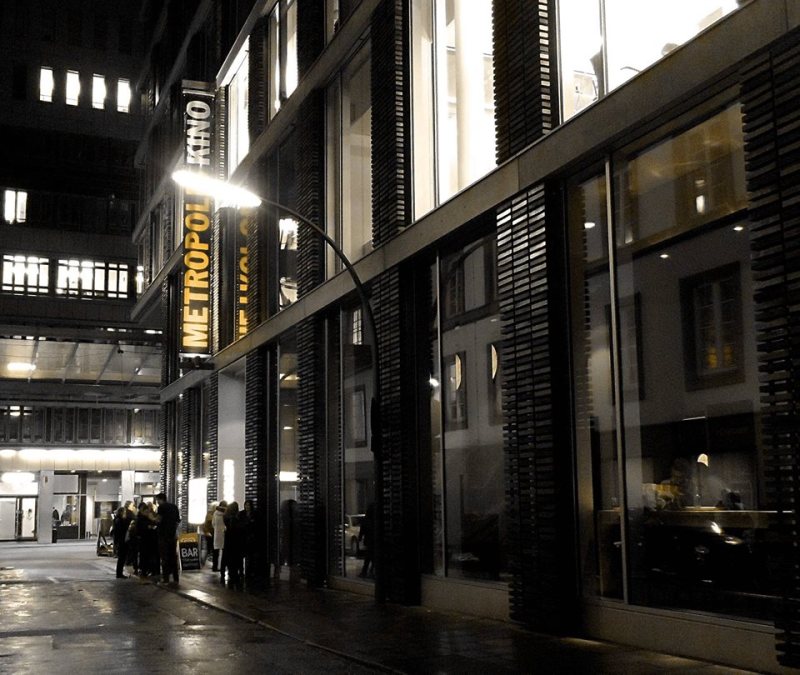 Metropolis Kino first opened in 1956 under the name of Dammtor Theater as an up-to-date and non-stop cinema. The first film shown was Fritz Lang's Metropolis. In 1979 the cinema was re-founded as Metropolis Kino and run by the Initiative Kommunales Kino e.V., a municipal, non profit organisation. Again, it opened with Fritz Lang's silent film classic.

The building was redesigned and almost completely rebuilt in 2008, but the listed cinema hall was saved and moved to the basement. The auditorium remained in the original condition of the 1950s (except for fire and safety-related parts). One of the hallmarks is a wall covering which - unlike the original - is fireproof, but looks exactly like the original fabric once used in the VW Beetle.

By now the cinema is supported by the Kinemathek Hamburg e.V. The aim of the non profit association is to promote a comprehensive understanding of film and audiovisual media, to impart knowledge of film history as well as to support practical media work and offer a place for cinematic and socio-political discussion.

Today, Metropolis Kino offers a wide range of cinematic programs, events and activities, embracing international and experimental cinema as well as historical films and documentaries. Since 2021, it also offers online film screenings via its own online platform Metropolis+.