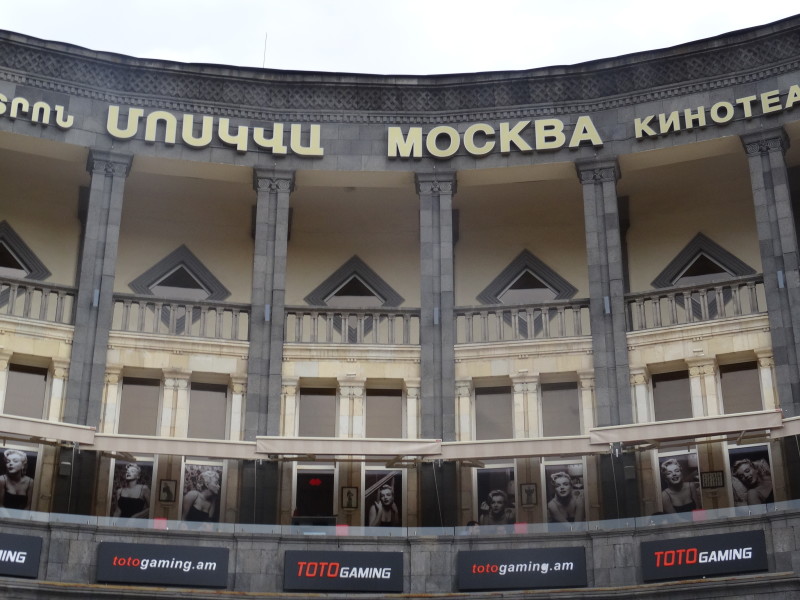 Facade of the Moscow Cinema

The Moscow Cinema in Yerevan, designed by the architects Tiran Terkanyan and Gevork Kocha, was opened on 12th December in 1936 on the former site of Saint Paul and Peter Church, which had been demolished in the 1930s by the Soviet authorities. At the night of opening the Soviet-Armenian movie Pepo premiered.

In 1960, the archictects Gevork Kochar and Telman Gevrokyan redesigned the building. in 1983, the facade was decorated with scenes of famous Soviet-Armenian movies, among these Chabayev, Pepo, David Bek and Sayat Nova. In 1999 the Moscow Cinema was privatized and reopened after a major renovation in 2000. Since 2004 it serves as the main venue of the Golden Apricot, an international film festival taking place in Yerevan every year.

It has four differently coloured cinema halls, and an open-air theater space on the site.