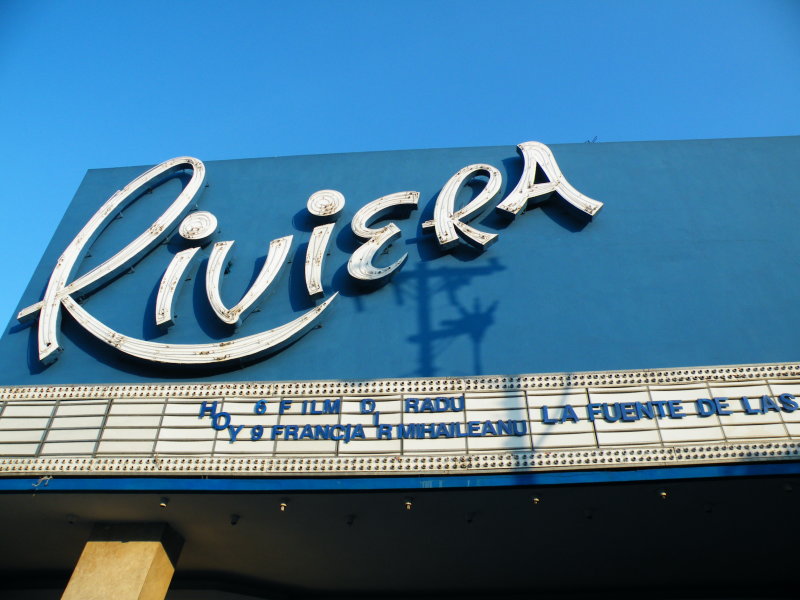 Face of the building

Built in the 1940s or beginning of the 1950s on the site of a previous 1927 theatre having the same name, the Riviera became the first “atmospheric” cinema in Cuba: Its walls were once painted with imitation Spanish façades creating the illusion of being outdoors.

The modern interior seats 1,200 and today functions not only as a movie theatre but also as a venue for theatre performances and contemporary popular music (pop, rock and rap). It is part of the Cuban Institute of Arts and Cinematographic Industry ICAIC. The movies screened are a mix of Latin American, US-American and European and the audiences are largely students, probably due to the proximity of the University of Havana campus.