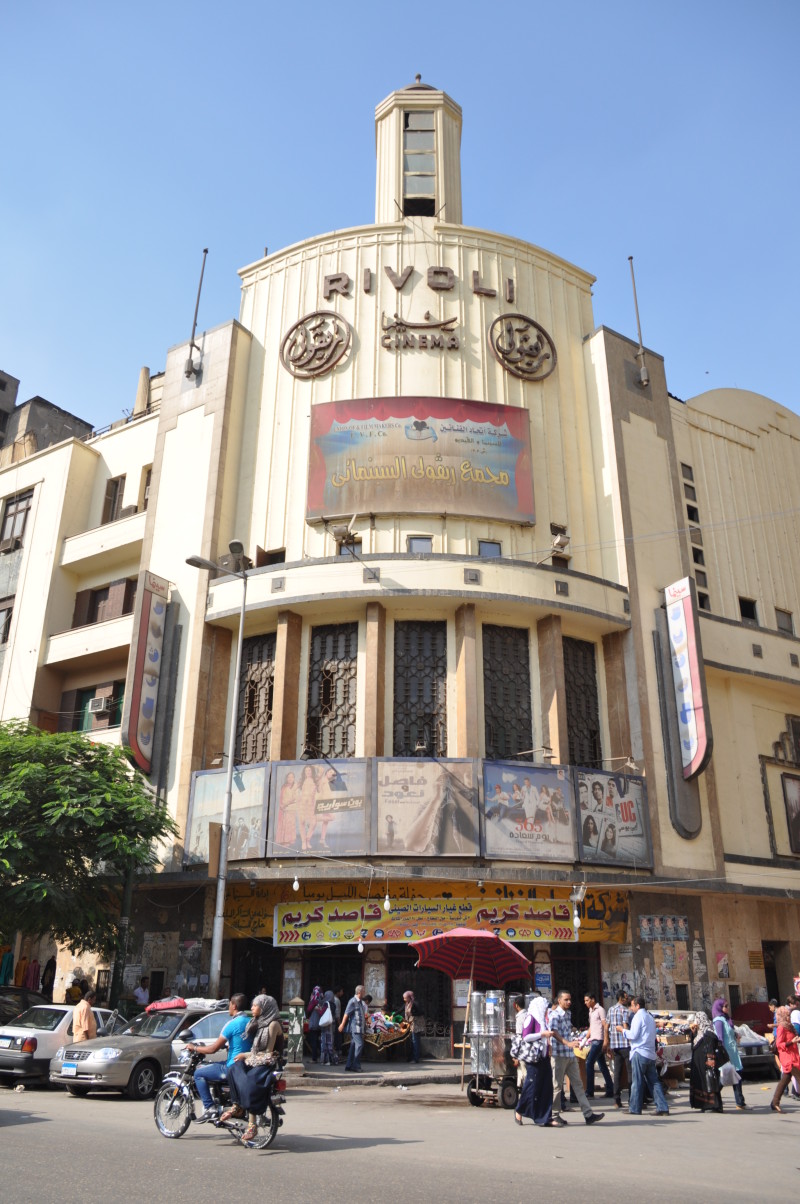 This cinema in downtown Cairo was designed by the British architect Leonard Allen. It opened in 1948. The owner, the British Rank Organisation, showed British films. The Rivoli Cinema had the only theatre pipe organ which had been installed in a movie theatre in the Middle East. On January 26th, 1952, it was heavily damaged during anti-British riots and the Rank Organisation gave up the control of the building.