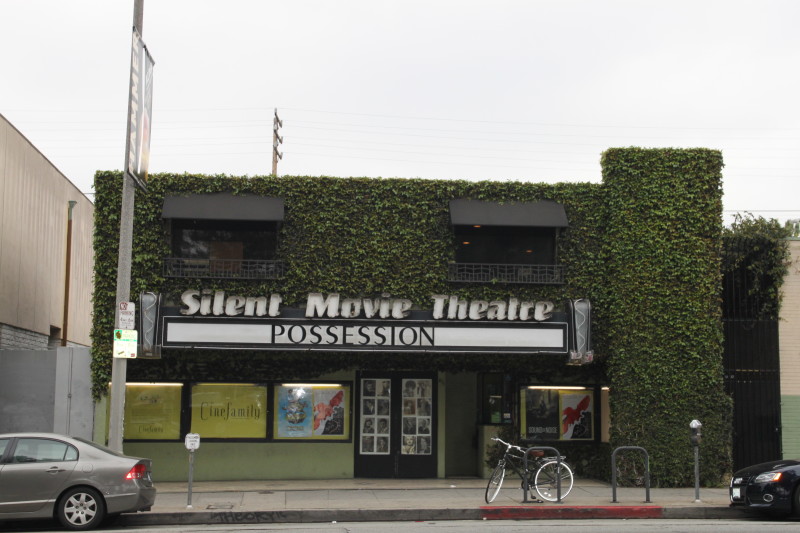 The historic Silent Movie Theatre opened in 1942 in North Hollywood, LA, in the era of the Great Depression. Until recently it was the only remaining silent movie theatre worldwide showing silent shorts, classics, cartoons, and serials. After the killing of the owner Laurence Austin in 1997 the theatre was reopened in 1999 by Charlie Lustman who sold the theatre in 2006 to Cinefamily. Fairfax Theater took over in 2017.