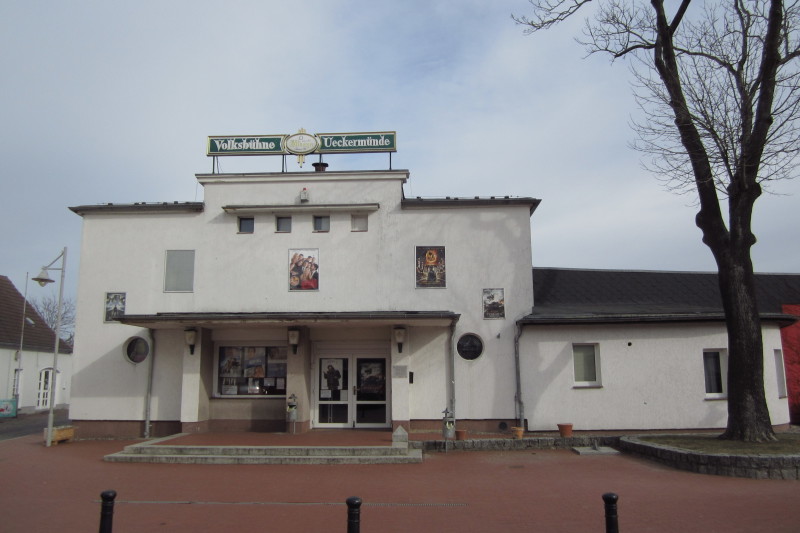 Built in 1904/05 as an entertainment venue with ballroom and bowling alley, one of the halls was first used as a cinema in 1928. In 1935 the interiors were converted into a modern movie theater with three halls and it obtained its current name Volksbühne.

Until 2012, inside the cinema hall was to be found a rather special feature that had been preserved from GDR times: individual service terminals at each seat. By entering a number on a keypad, anyone in the audience was able to order drinks and snacks without having to go to the snack bar. Once the order was placed, cinema staff was notified and would serve the items directly at your seat. The technology of this system was controlled by the cinema operator with great care and likable passion.

In 2012 the cinema was sold to a new owner who had it remodelled and installed digital cinema technology. The outdated GDR ordering system fell victim to modernization.