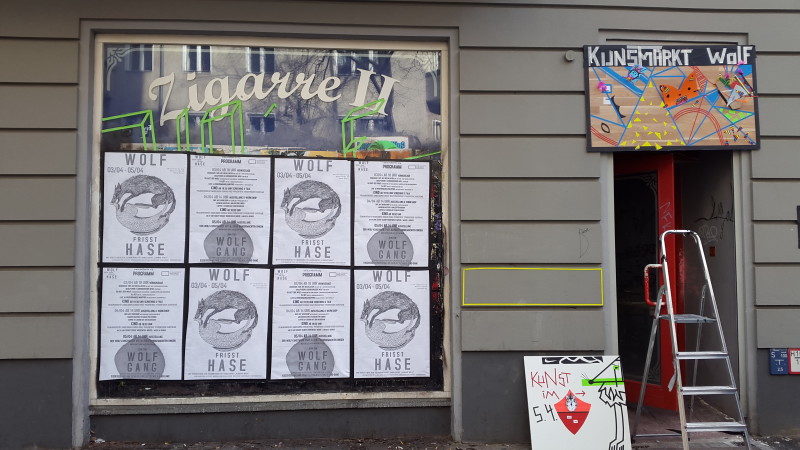 Wolf is one of several recently founded new cinemas in Berlin located in a lively neighbourhood ("Kiez"), in this case it is Neukölln. It was planned and built from 2011 to 2017 backed by a determined community and supported via crowdfunding.

The cinema is located in the ground floor of an ordinary Wilhelminian style residential building. It took some hard work to transform the former commercial premises into a cinema - as it is known it succeeded a bookbinder, a laundry, a bakery, a tobacco shop and a bordello.

Wolf claims and aims to be an alternative form of cinema. It wants to be a place to meet, to gather and experience cinema, talk about film and discover alternative forms of cinema. It offers a studio with space to show alternative formats, performances, exhibitions and talks. The film program offers a wide range of independent and international films, leaving space for unknown and experimental productions. The bistro/café provides a range of foods and drinks.